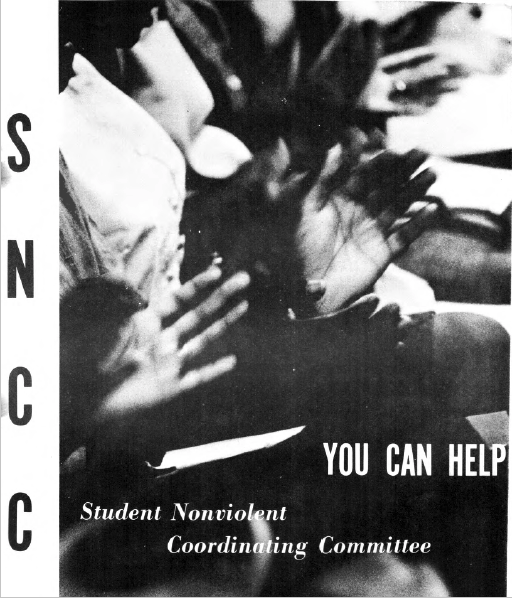 In 1964, veteran fieldworkers of the Student Nonviolence Coordinating Committee (SNCC) and a cohort of northern volunteers met in Waveland, Mississippi. The 1964 Mississippi Summer Project, or what has become popularly known as the Freedom Summer, just ended and those that played a key role in organizing the summer reflected upon next steps for both the organization and the movement. In his memo, titled “What is SNCC?” James Forman sought to remind those gathered in Waveland about the roots and structure of SNCC. “The Student Nonviolent Coordinating Committee owes its very existence to the college campuses,” he explained, “and no matter how we may be organizing in communities, no matter how deep our roots may go into the people in the Black Belt, we started growing this little tree of protest in the college communities, we were supported by the Northern college communities, and in fact our name implies that we were intended primarily to be some coordinating body of students of the South.”1 Taking its name from the memo written by James Forman, The Tree of Protest visualizes the geopolitical reach and scope of SNCC’s network in the 1960s. Through a series of digital map essays, The Tree of Protest reveals the geographical reach of SNCC’s organizing and the ways that network mobilized community groups and citizens around the United States and the world to support the Black Freedom Struggle. 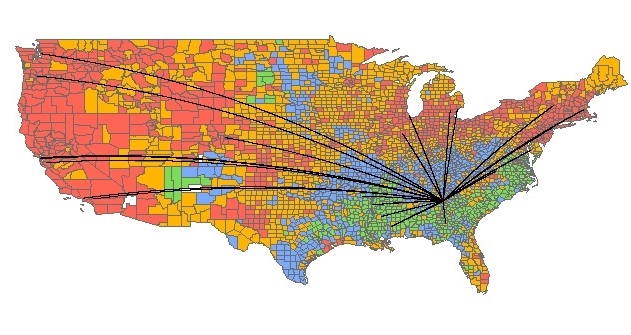 This digital project began as a process to make available my research on student activism. My goal was to ensure that student activists today had access to resources to help inform political organizing and efforts. Indeed, as historian Wesley Hogan argues, history textbooks rarely provide students “examples of people their age or background changing their communities, much less bringing the US closer to its democratic promise.”2 Of course, there is an emergent and rich scholarly literature on student activism in the 1960s, with SNCC as a central analytical lens.3 But, in exploring the field of digital history and what was already made digitally available, I concluded that was missing was a contextual and analytical frame to explore the connections, tensions, and possibilities of SNCC, student activism, and social protest in the “long sixties.”  In particular, when experimenting with digital mapping, I interpreted my sources in a different way. Take, for instance, a document created by SNCC’s national office that detailed Friends of SNCC chapters. A cursory reading of the document reveals a list of organizational supporters. It is, in other words, a bureaucratic, office document. When read as a set of geographic data, the document reveals an important, but often overlooked aspect of SNCC in the first part of the 1960s. As detailed in my first historiographic essay, “A Bridge Between Two Worlds,” geocoding the chapters and layering those locations upon 1960 census data on income levels and population demographics at the county level reveals a sophisticated Friends of SNCC network that linked the financial and political resources of northern and western cities to SNCC’s organizing efforts in Mississippi and across the American south. Or, put another way, I visualized the political geography of SNCC’s fundraising, a key aspect of what Forman defined The Tree of Protest. 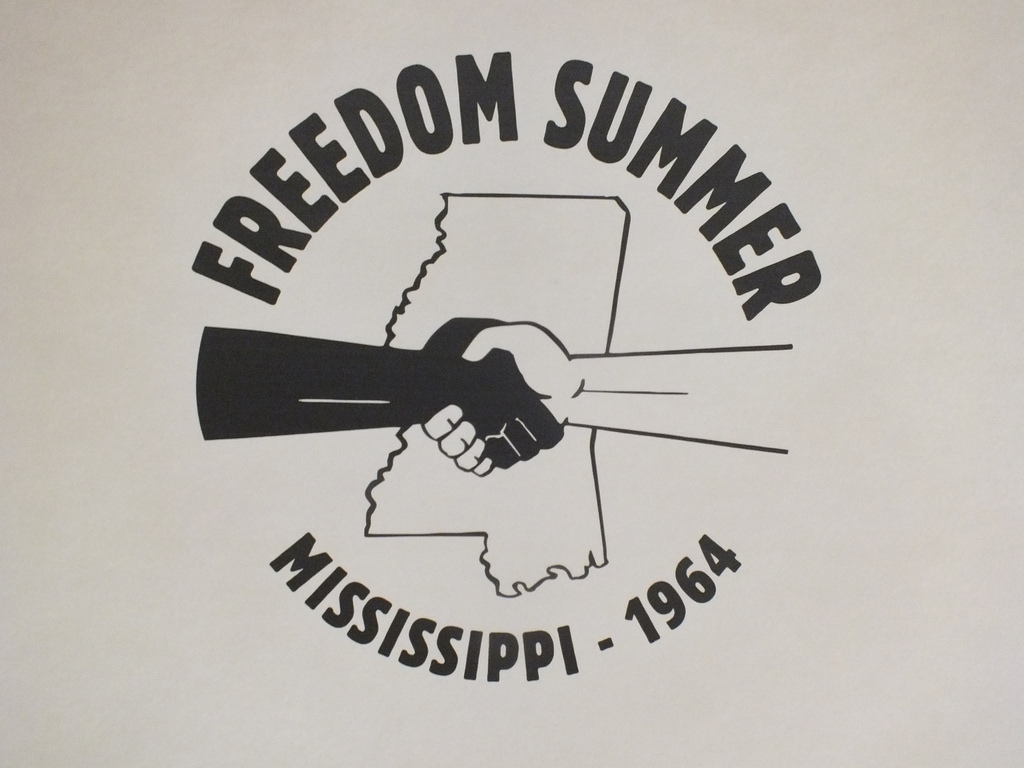 Indeed, visualizing SNCC’s national network enabled me to revisit old research questions and ask new ones about SNCC and student activism in the 1960s. Concomitantly, the purpose of my digital project also changed. What began as a question about how to appropriately digitize and make available my primary sources shifted to a set of broader analytical research questions: How was a small, student run-organization, located in Atlanta able to recruit thousands of students, teachers, lawyers, and  ministers to volunteer for the Mississippi Freedom Summer? How did the geographical backgrounds (economic and racial) of SNCC fieldworkers and summer volunteers shape how they interpreted the political goals of the civil rights movement?  And, what does examining the educational geography of summer volunteers and tracking the post-summer activism reveal about the impact of the Freedom Summer on American protest and politics in the late 1960s and early 1970s?  These three questions, in fact, serve as the basis of essays 2 and 3, where I use digital mapping to demonstrate how the Mississippi Freedom Summer in 1964 served as the fulcrum of widespread student protest and social activism in the long sixties. The summer exposed Northern volunteers – especially students – to the particular geography of racial violence of the American South, while equipping them with the tools and political outlooks of what historian Charles Payne defines as the African American organizing tradition.4 The combination had a spillover effect through the direct and indirect ways the Freedom Summer shaped the politics, tactics, and organizations of other movements commonly associated with the 1960s.

To understand SNCC in the 1960s, and social movements more generally, I argue that scholars need to pay attention to the geography of protest and organizing just as much as the tactics and politics. We need to broaden our lens of analysis to include what Judy Richardson, a Swarthmore student who joined SNCC in 1963, described as a “birds eye view” of the movement.5

My analysis of the organizing geography of SNCC thus seeks to demonstrate the methodological possibilities of digital mapping and “deep map analysis” for historians of social movements and protest. Both the archive maps and digital map chapters represent a set of deep maps that reveal the discursive and ideological dimensions of place within the SNCC’s organizing and social protest in the 1960s. Indeed, the deep maps reveal the various overlapping and, sometimes contradictory, spatially framed political identities and imaginations that shaped the contours of the student-wing of the civil rights movement.  Of course, to borrow from historian and spatial humanist David J. Bodenhamer, “Deep maps do not explicitly seek authority or objectivity but provoke negotiation between insiders and outsiders, experts and contributors, over what is represented and how.”6 In this way, I also share a set of archive maps as well as experimental maps, reveal my methods and sources, and provide a crowd-source map, all of which seeks to frame my analysis as an going research conversation that changes in response to new data, perspectives, and insights.

The Tree of Protest uses ArcGIS Mapping and StoryMaps to provide interested specialists and non-specialists an interactive platform to examine and juxtapose different aspects of SNCC and social protest in the 1960s. For instance, in the archive map “Friends of SNCC Network,” visitors can simultaneously explore the efforts of Friends of SNCC in Boston through primary sources while also analyzing the work of SNCC fieldworkers through oral histories and narratives in SNCC Digital Gateway. Engaging directly with primary sources encourages visitors to attend to small details in the materials, while the digital maps enable them to consider those details in relation to the larger geographical contexts in which the sources were produced. By foregrounding a set of digital map essays, I hope to illuminate the digital and historical research process while offering new insights into the importance and legacy of SNCC. Using ArcGIS, The Tree of Protest offers a contextual frame in which visitors can explore the geographical and political reach of SNCC and the varied ways the organization transformed American political, social, and cultural life.

How to use this site

The Tree of Protest is an ongoing project.

These are the plans for the project’s future development: